If you’re in the market for a new guitar, then you’ve probably heard the terms single coils and coil splitting pretty often. So what do they mean? Do they sound different? Which is best?

In this post, I’ll do my best to answer this question in-depth to help explain exactly what the difference between single coils and coil splitting is. So let’s get started!

First, I think it’s a good idea to quickly go over what pickups actually are and what the main types are. Then it’s easiest to understand the difference between single coil pickups and coil splitting.

If you’re already pretty clued up on pickups, then feel free to skip ahead to the next section!

There are two popular types of pickups: humbuckers and single-coils. Most people tend to have a preference between the two. No type is better than the other, but some people usually think one sounds better.

These consist of a wire wrapped around six individual magnets. They’re known for their bright and sharp sounds. They have a slight buzzing sound, which some players like, but others don’t. Single coil pickups are most famously found on Fender Stratocasters and Telecasters.

Humbuckers have two coils, rather than one. Each coil has the magnets going in opposite directions. They produce a thicker and beefier sound than single coil pickups. These types of pickups are famously found on Gibson Les Pauls and ES-335 guitars. They are versatile and can suit jazz and blues, but they’re also good for heavier genres like rock and metal.

What is Coil Splitting?

Okay so now you know what single coil pickups are, let’s move onto coil splitting.

Unlike single coils, coil split pickups aren’t an entirely separate type of pickup. Instead, they are actually humbuckers (which have two coils), that can be “split” to produce a single coil sound. This means that you can effectively get the sound of both humbuckers and single coil pickups on the same guitar.

How Does It Work

Coil splitting works by taking one of the humbuckers two coils, and shutting it off. It’s the push-pull action of the tone knob which connects and disconnects the circuit when in the down or up position to allow one coil to be active, or both coils. 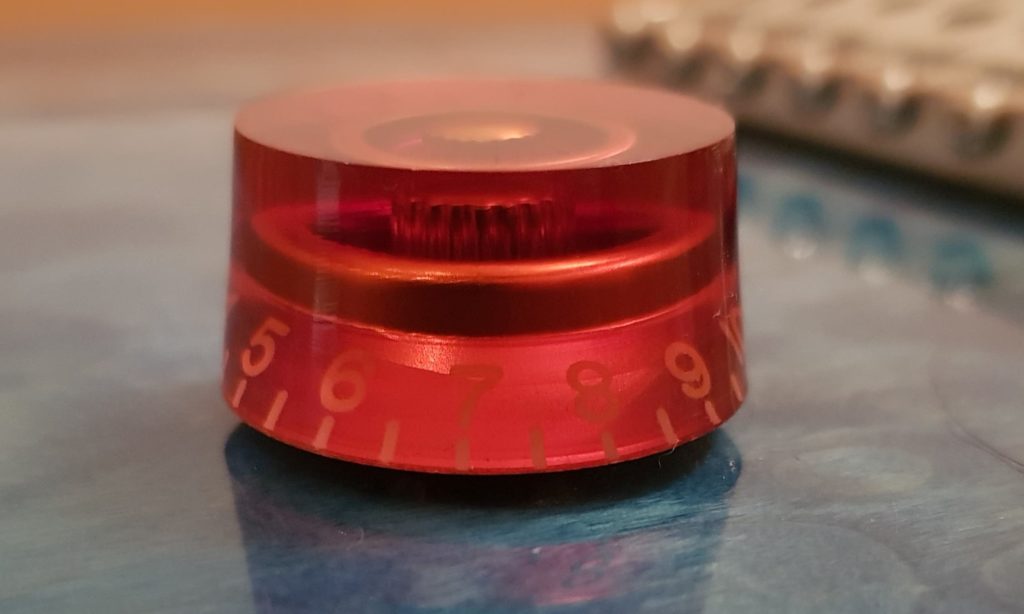 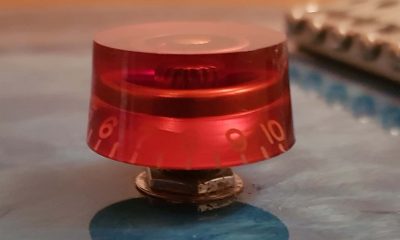 Down Position: this is when both coils are still active and in the “unsplit” position meaning it’ll sound like a normal humbucker pickup.

Up position: this is when the humbucker is split so it sounds like a single coil pickup as one of the two joined humbucker coils is deactivated.

Are There Any Issues with Coil Splitting?

One of the things to consider, is that with a coil-split humbucker, you’ll still get the huming when in the coil-split position.

Another thing to consider, is that some guitarists prefer the single coil pickup sound compared to the sound of a coil split humbucker. It of course depends on the exact pickups you are comparing. But generally, the feeling is that coil-split pickups sound thinner than single coil pickups.

Which is the Best for Me?

The best option for you will really depend on what kind of tone you’re after.

If you only like the sound of single coil pickups, and use relatively clean tones and the humming doesn’t bother you, then you’ll be fine with just getting single coils.

But if you want the option to have the beefier tone produced by humbuckers, and be able to switch to a twangier and brighter single-coil sound, then go for a guitar with a coil split feature.

Generally I would say, if you want the single coil sound more and only require the thicker humbucker tone quite rarely, then go with single coil pickups as they sound a bit better than coil-split humbuckers.

But if you want the option for both kinds of tone, go for coil split pickups.

One of the reasons I purchased a  PRS SE Custom 24, , is because it gave me this ability to switch between the two tones. Sometimes I play songs which require a brighter sound, and the humbuckers can be a bit too much. But other times I like to crank the gain up, and I don’t want the humming that you get with single coil pickups. Hence, this coil-splitting feature is really important to me.

Which Guitars have Which Pickups?

So as you can probably tell, I really like coil-split pickups, and given the option, I’d always go with them as I generally prefer humbucker tones but want the option to have a single-coil type sound. But unfortunately, not every guitar comes with this feature.

If you’re after a guitar with coil-split pickups, then you’ll need to look out for a guitar with humbuckers and then try pulling the tone control upwards to see if it has this feature. If it does, it’ll click into place easily, so don’t force it!

What is Coil Tapping?

Now you know what coil-splitting is, you might be wondering what coil tapping is, and if it’s the same?

In fact, coil tapping is not the same as coil-splitting.

Coil-splitting refers to the action of decativating one coil of a humbucking pickup. Coil-tapping is a bit more complicated.

So you’ll remember that pickups consist of a core material wrapped in coils of wire. The more coils, the higher the output of the pickup.

Coil-tapping involves routing a wire around half way through the number of winds and at the end of all the winds of wire. For example, you could route the pickup at 500 coils and at a 1000 coils, if the pickup is intended to have 1000 coils in total.

Coil-tapped humbuckers can sometimes sound like single-coils when in the tapped position (halfway). This is often why coil-tapping is confused with coil-splitting. But as you can see, the method of producing this sound is very different. However, coil-tapping does not always sound like a single-coil pickup. It depends on the number of coils used and the materials.

So there you go! That’s the difference between single coil and split humbucker pickups! I hope you’ve found this article helpful, thanks for reading. Here are some other posts you might find useful: